The last fall out with a friend was a rather aggressive one, on both parts and whilst I don’t like to admit things getting to me (although its actually normal to be upset because we were close friends) there was something she said that had been playing a little on my mind even before the fight “All your friendships that failed, you’re the problem” she also said I was “toxic” and I should go back to “wallowing in my self pity”

Now some of the things she said sounded unlike her and the wallowing in self pity part sounded like a judgement from her own mind. She always had difficulty expressing her emotions and I guess she sees crying or even admitting your feelings as “weak” or “self pity” she’s seen my blogs before and I have had comments complaining about why I am talking about mental health issues and the past. That’s the difficult thing about writing so openly, people who see any signs of vulnerability as a weakness hate it even though they are hard on you for expressing yourself because they can’t express themselves for fear of being judged.

I know this because I used to be the same way (I discussed this unhealthy attitude towards vulnerability in my post “learning to be vulnerable”) but when I came on wordpress and saw so many people talking about their feelings and hardship I felt inspired and understood, it was through writing this blog that I learned about BPD and got the diagnosis for it, this blog has helped me process and heal from the past but there is one thing that I hadn’t considered until my friend said “you’re the problem”

Maybe I am but not in the way she probably thinks. You see, I’ve been reading ‘You can Heal our Life’ by Louise hay and she talks about the negative patterns we get into because of the past. In another book called ‘Truth Of Spirit’ it was discussed that we get into relationships that mirrored our parents’ 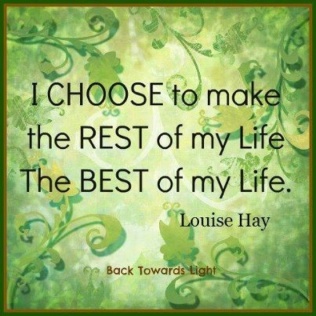 Now, I don’t remember what my parents relationship was like but I imagine based on my friendships, it wasn’t good. My dad had an affair so there was DECEIT which I have experienced in my friendships from both my end and theirs. My mother also said that they didn’t really communicate before he left so there was MISCOMMUNICATION or even no communication at all, this I also found in friendships, again from both ends. Then my dad left and I don’t remember but mum said I was extremely angry and the BPD issues started, I would subconsciously fear people abandoning me. All my friendships I ended by choice, I abandoned them the way I felt my dad abandoned me. So, do you see where I’m coming from?

I also read an article about BPD and at one point it mentioned that someone with BPD can instantly leave a person who has hurt them as to not give that person a chance to hurt them again and I believe that is also what I do. We attract the people who confirm our beliefs, so maybe I subconsciously believed that “people are not loyal to me” “people hurt me” “people are selfish” or even “I’m not deserving of true friendships” these beliefs would create the pattern I got myself into with friends.

I’m not saying that it was all my fault or the other people’s fault, we just do the best we can with the knowledge we have and the plus side to realizing that I am “the problem” is that I am easier to “fix” than trying to fix the other person or situation. I’ve learned that playing the blame game is a losing one, if you blame others and believe that they are the problem then your life will not change as you feel you are not in control but if you blame yourself for everything, you put a tonne of weight on your shoulders by making yourself feel responsible for everything and you end up in a spiral of guilt and self hatred with the belief “everything is my fault” which then attracts people who will treat you like everything is your fault.

So I believe everyone should take responsibility for their actions but that doesn’t mean shaming yourself it means seeing where you went wrong and what you could do better for next time, life doesn’t come with an instruction manual and we are not born to know everything, I don’t even think we’re meant to know everything as humans, but I believe that we are meant to learn and grow as much as possible through life and by becoming aware of your thoughts,beliefs and patterns and changing them, you can change your life.This was proven to me a while ago where I practiced positive affirmations and imagined I had the dream job I wanted and I got it! Positive change doesn’t come through negative feelings such as guilt and self hatred it comes from loving and taking care of yourself because once you do that, I believe, you will attract more loving and caring people but I will be putting that to the test 😉

Related Blogs worth checking out: 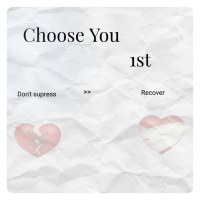 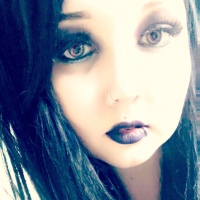 Welcome to the marshmallow club. The only rule is to be positive and welcoming.

Confessions Of The Pen Addict

Look inside yourself. Can you see how divine you are?

more than our diagnosis

More than our diagnosis. We can learn to fight this.

To be a star you must shine your own light. The darkest nights have the prettiest constellations...

My journey of anxiety, depression, SH and the crazy antics of being a teacher

Remember who you are. Don't let the world define you. Define yourself. Write your own story.