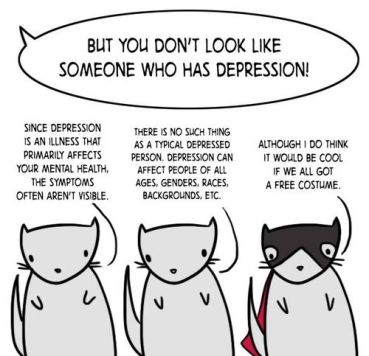 I know Depression all too well. It first reared up its ugly head when I was 14 years old. I was being bullied for reasons I’m not even going to bother trying to understand. It made me feel like life wasn’t worth living and that everyone would be happy if I just died, I felt useless, like I was a burden to everyone around me, even though my friends and family would tell me otherwise, I never believed them.  I would have panic attacks nearly everyday and self harmed because I felt I deserved to feel pain.

You may think that depression is just about feeling sad but it’s not. Depression is a combination of anger, anxiety, hopelessness, guilt and many other emotions that you would not want to feel on a daily basis. That’s what depression is, it’s having to deal with negative emotions everyday for weeks, months and even years.

I went into therapy for about a year and a half, by the time I’d finished it was my final year of high school and exams had started. I think it was my determination to escape school and get into college that got me through that year.

Relapse and The road to recovery 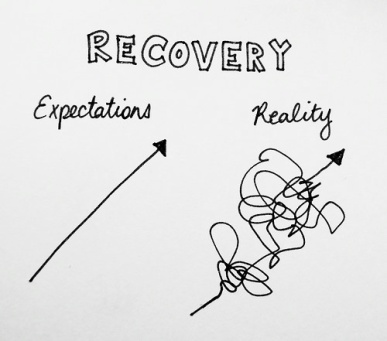 I got into college and things had started getting better until the beginning of my second year. I failed my exams even though I was sure I would pass because I worked so hard, my college didn’t help and I had lost faith in myself and the college. I had many pressures to deal with such as deadlines and deciding which university I wanted to go to. My depression had returned and I had very little motivation to do any work, I just didn’t see the point. I stopped enjoying the things I used to and felt stuck, I had no idea what I wanted to do with my future yet I was getting forced to make decisions for it with very little help.

It had gotten to the point that I started self harming again and attempted suicide twice. I was referred to the crisis team who were not any help and put on medication (Prozac)

While things are better for me now, I still struggle sometimes. Like today I feel like I’m taking on too much (My college work, my job, friend’s problems among other things) and have not had the will to even leave my bed this morning.

I personally believe that depression is a sign that something in your life needs to change. Since the first time I had it I was being bullied so that obviously needed to be stopped and the second time I needed to change to a course that suited me better and actually ask for help when I needed it. Now I think I need to take a good look at my life currently and find out what needs to be changed.

Depression may be different for others though since it is an illness so there may not even be a reason for it. If you need help, talk to someone, it can be a friend, family member, doctor or a volunteer on a helpline. Never feel you should go through depression on your own.

That’s all from me today,

This is part three of my college survival guide blog series. in this post i’m going to be writing about how to stay organised during your time at college.

Balancing your college and personal life can be tricky. you have to meet deadlines and make time to revise as well as making time for yourself, your friends and your family. Here are some ways you can stay on top of your work and have a life outside of college work:

You will probably get given a lot of paper work to do so it’s a good idea to have a folder handy to put all your papers in. If you take more than one subject it’s best to get a folder for each of your subjects so your papers don’t get muddled up with the wrong topic. If you have more than one subject during a day then you could just take one folder but remember to sort your papers into the right subject folders when you get home.

Timetables are a good way of organising your time. Here’s one I made on http://www.getrevising.co.uk

The blue blocks are when your lessons are, the green ones are for commitments you have (clubs, work etc.) the dark orange block is a deadline and the lighter orange blocks are planned study times. It helps because now I actually know what I’m supposed to be doing and when.

Anyway, I hope this was useful, that’s all from me today

Related Blogs worth checking out:

Welcome to the marshmallow club. The only rule is to be positive and welcoming.

Confessions Of The Pen Addict

Look inside yourself. Can you see how divine you are?

more than our diagnosis

More than our diagnosis. We can learn to fight this.

To be a star you must shine your own light. The darkest nights have the prettiest constellations...

My journey of anxiety, depression, SH and the crazy antics of being a teacher

Remember who you are. Don't let the world define you. Define yourself. Write your own story.